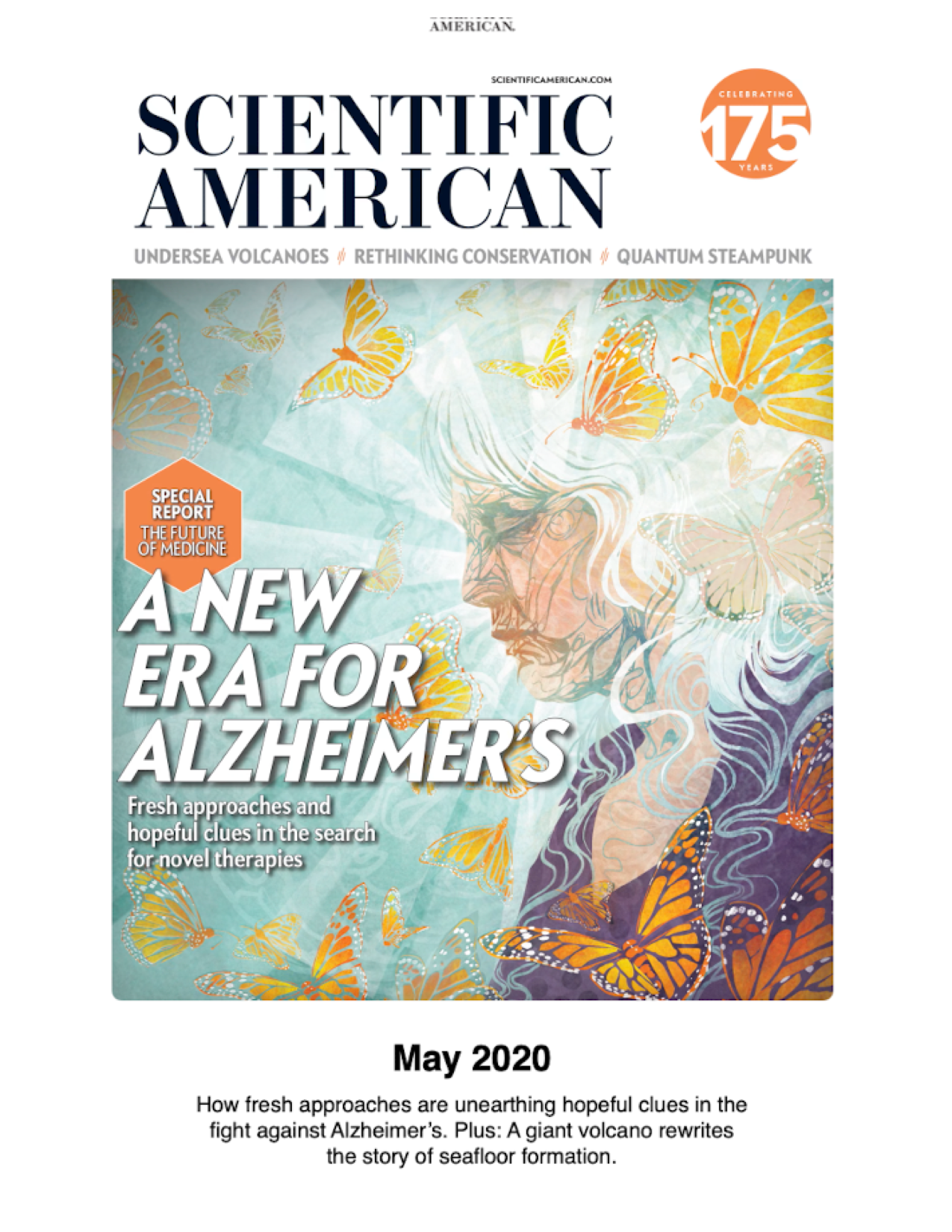 We started Piera Systems to address the public health threat due to Air Pollution.  We developed our Piera-1 Intelligent Particle Sensor so that researchers, gov’t agencies, consumers and businesses would have accurate, real-time, complete data at a low cost in order to identify, classify what’s in your air and take action.  None of us anticipated the emergence of COVID-19 and the global pandemic the novel Coronavirus has caused.  We were moved to create Piera initially by the World Health Organizations reports that particulate matter <2.5 was the cause of one in 9 deaths annually.  We just posted a white paper in which we referenced reports out of Italy linking PM10 to the spread of the novel Coronavirus.  Every day new articles emerge with more evidence of other health threats that indicate Air Pollution is an even greater threat.

This month’s Issue of Scientific American (available through Apple News) has a special report on Alzheimer’s and how fresh approaches are unearthing hopeful clues in the fight against Alzheimer’s.

Some of our staff has been impacted by this disease either directly or indirectly and everyone needs to be aware of the threat and take action to minimize its impact on our health and ability to enjoy our ‘golden years’.  In fact, evidence says the time to start is at a young age.

One article in this issue discusses The Role of Air Pollution citing research linking “Bad Air to Damaged Brains” caused by PM2.5 and below.  High Exposure over a long period leads to memory loss with more than 10 studies that link late-life exposure to air pollution and dementia.  Nevertheless, more study and data are needed.

Jennifer Weuve, associate professor at the Boston University School of Public Health, led one of the first U.S.-wide investigations into the link between air pollution and brain disease and published the results in 2012.   “In a perfect world, everyone would wear an air-pollution monitor so that we could get real-time data on their exposures,” Weuve says.  But this is not a perfect world. So, we work with experts to build estimation models. It’s not enough. In the case of Alzheimer’s, it’s chronic, long-term exposure that counts, and we don’t even have a worldwide registry of people with Alzheimer’s, let alone the resources to follow people for many years prior to their acquiring the disease. So, it is quite difficult to nail down causation.” Indeed, in some regions of the world, air pollution is so bad that people die of heart disease long before they would ever show symptoms of late-onset Alzheimer’s.

The article concludes with, “While the disease remains a horror facing millions of people around the globe, there is some encouraging news in these discoveries about air pollution, several scientists say: people can take action to diminish the hazards.  Most drugs so far have not helped patients, says George Washington University epidemiologist Melinda Power, who focuses on identifying modifiable risk factors for cognitive decline and dementia. “So, at the moment, prevention through the reduction of environmental and lifestyle factors looks like our best bet,” she says. “And air-pollution exposure is looking [like it could be] very important.””

At Piera we are committed to delivering, the type of low-cost sensors that can power the type of monitors and deliver the real-time data desired by researchers.

If you are interested in finding out more about how Piera-1 addresses this need, contact us.  We can also put you in touch with a number of companies that are evaluating our sensor to include in Air Quality Monitors, HVAC systems, Air Purifiers, Masks as well as companies that provide data about Air Pollution.  Together we can move closer to the Perfect World and remove this threat to our health.